Skip to content
Riprap/Wildcat loop Cranky irritable annoyed exhausted anxious sad My cousin died Molly is sick again I can’t remember the last time I slept through the night I checked my hydration pack after Promise Land and couldn’t find a leak. I filled it up the night before this run and refrigerated it overnight. When I pulled it out in the morning there was no sign of leakage. Five minutes into the run my back and legs were soaked. By mile 6 I was out of fluid. It was hot. Fuck it. I hate rocky, technical downhill. Why did I choose this route?

Oh yeah. I wanted to see the Rhododendrons. And jump in the swimming hole. There were a few Rhododendrons here and there. I tried to feel happy. I mostly just felt tired.

There were people at the swimming hole. I felt self-conscious. And I really just wanted to get home and check on Molly.

Two thousand feet of climbing in the last 2.5 miles. In the heat. Brian shared his water. *When I got home I discovered a crack in the small plastic piece that connects the tube to the bladder in my hydration pack. I’ve had it for maybe 9 months.

The anxiety crazies are back. And/or I’m injured. It’s just so much fun that I can never tell the difference. The pain always feels very real.

My toe started hurting at mile 5 of my run on Wednesday. I cut my run short, but I thought I was just being overly cautious. It didn’t hurt so bad that I couldn’t run on it.

I was planning to run Friday morning, but I decided not to because the toe was still hurting (I did a lot of walking around on Wednesday and Thursday). I also spent a lot of time Googling everything I could think of involving running and toe injuries. Stress fractures of the metatarsals are common in runners, but stress fractures of the phalanges (which is where my pain is) are not.

It could be metatarsalgia. There is some pain under the toe. And my second toe is longer than my big toe. And I always have a callus in that spot.

Or it could all be in my head.

Or just mostly in my head.

The fun is that there is no way to know.

I nearly made myself sick worrying about whether I should try to do a long group run this morning. There were two that I really wanted to do. One was a training run on the Promise Land 50k course. But I also knew I didn’t want to drive all the way down to Lynchburg when I wasn’t sure if I’d even be able to do the run. I wasn’t even sure if I wanted the hassle of driving to Sugar Hollow and meeting up with a group only to possibly have to turn around after a mile or two.

By the time I went to bed last night I was pretty sure I was just going to do a short easy run in town to test it out. Then, if all was fine I could still do my own long(ish) run on Sunday. I’m not convinced that I should be running 20+ miles on consecutive weekends anyway.

The run was fine. My toe was just a little achy.

Fun with anxiety and running.

I am ridiculously slow and cautious on the leaf-covered rocky trails now. I’m so worried about spraining my ankle again. It’s frustrating and I hope I get over it soon.

It’s nice to have such a patient training partner, though. 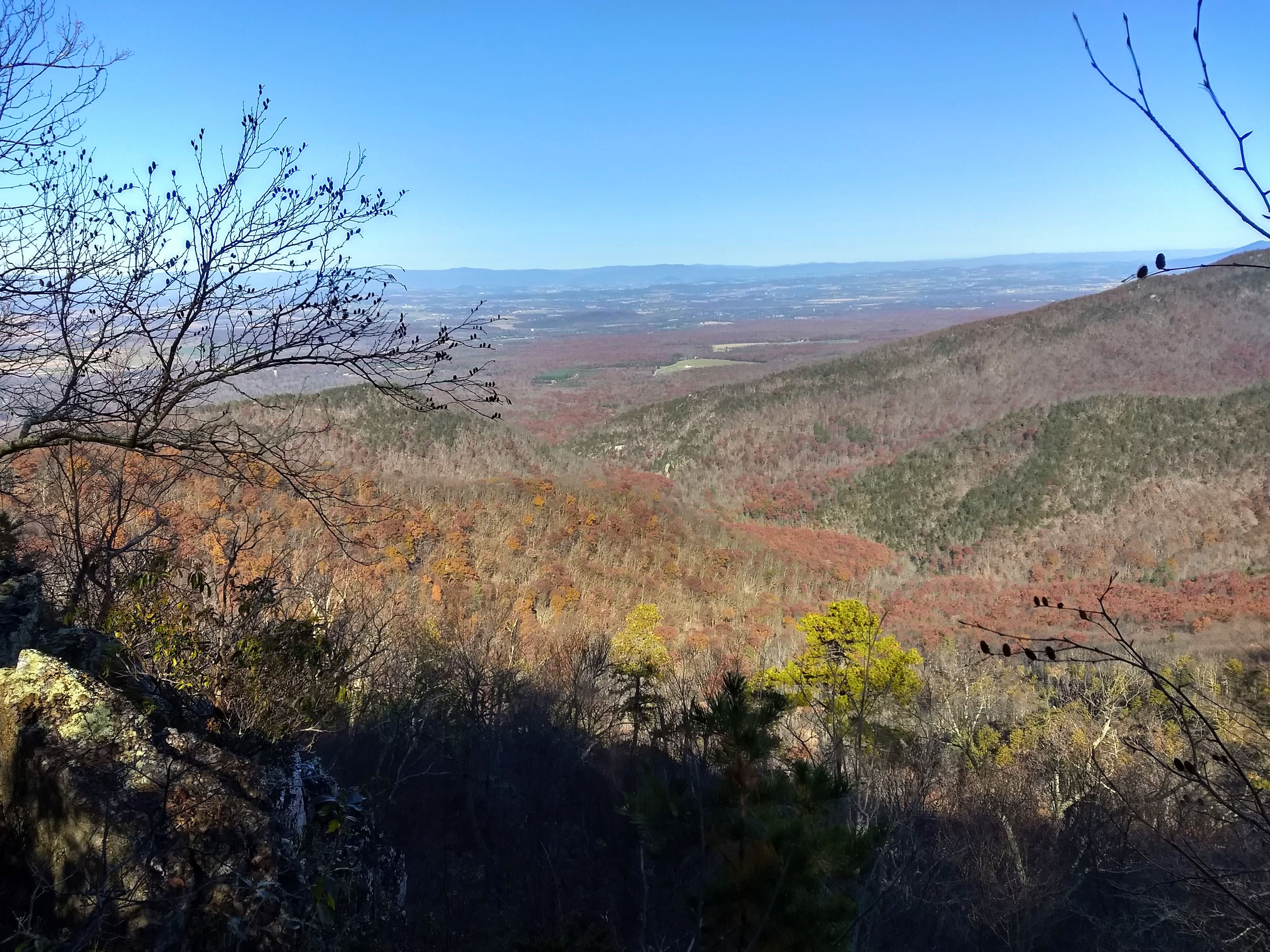 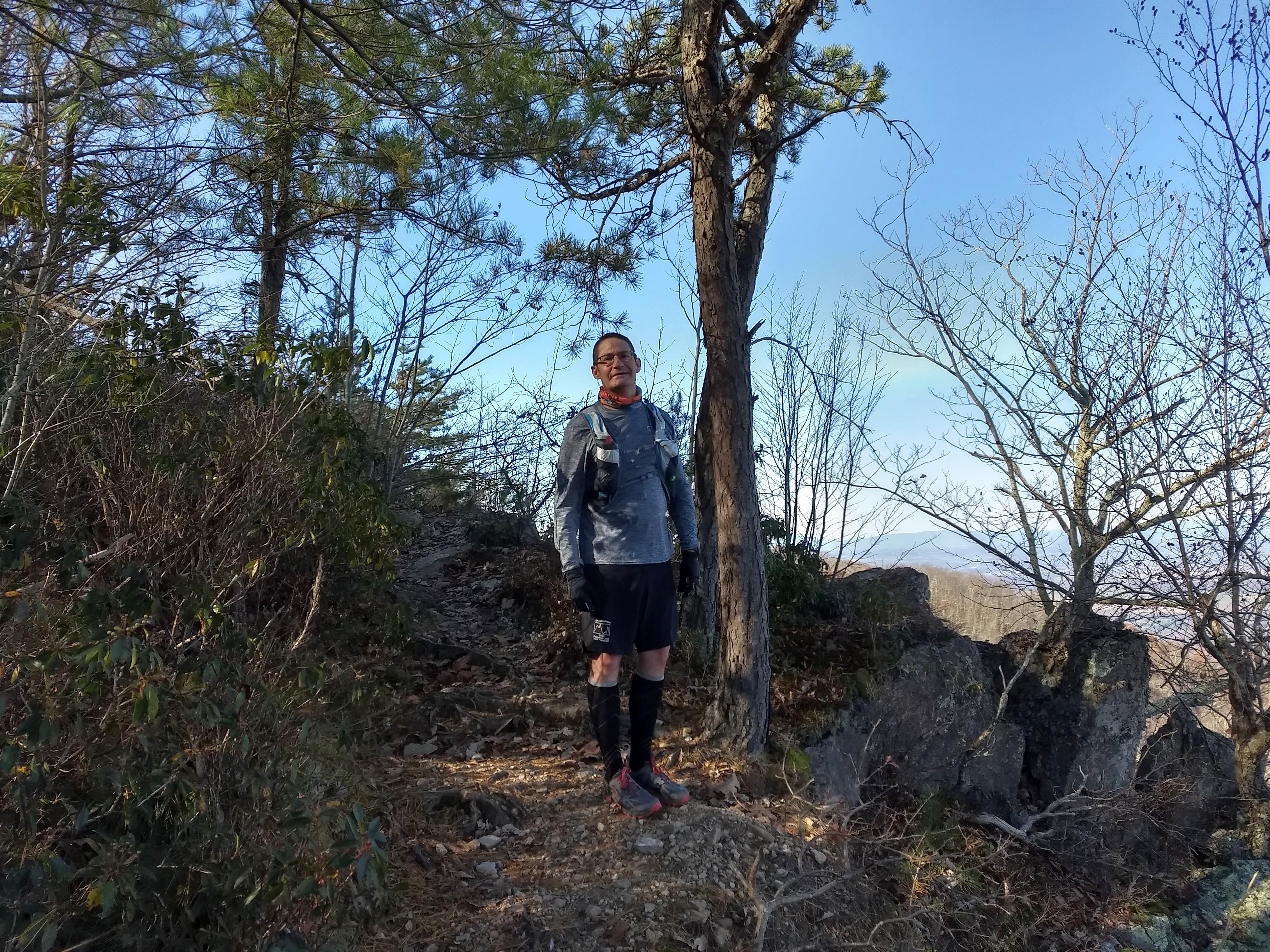 This poison ivy has brought back the anxiety crazies.

I noticed the first spot on my arm on Wednesday, July 5. By the end of that day, I had a big patch on my right hip and some spots on my inner thigh. For the next few days, some smaller spots showed up all along my arms, stomach and upper thighs. Since the biggest spots were on my right hip and upper inner thigh, I figured that the poison ivy oil was on my shoes and when I put my shorts on, it transferred to the inside of my shorts and onto my body.

I threw out those shorts (they were old and not good for running anymore anyway).

For the record, I always take my shoes off before I change my shorts. Except the Sunday before I hadn’t. Because I usually change out of my sweaty wet clothes in the woods at the trail head. But the day before I’d found a tick crawling on my shoe when I did that. And a few days before that, I’d found a tick attached to me. So I didn’t feel like changing in the woods. Instead, I pulled off the Blue Ridge Parkway at a picnic area to change. It was still fairly early in the morning though, so it was deserted. Ever since I’d read about the Seattle runner who was attacked in a bathroom, I’ve been leery about deserted restrooms. I really wanted to get out of my soaked clothing, though. So I went in and quickly checked all the stalls. I then changed as fast as I possibly could, while standing with my hand holding the main door closed. So I didn’t take my shoes off. Until I got back to my car. Then I put them on the floor in the back of my car. Then probably into an old grocery bag with the rest of my wet clothes to carry into the house.

Since my last major anxiety flare up, I’ve been doing really well! I can’t say exactly what I’ve been doing to get it in check, but I think the main thing was cutting way back on my training. I’m pretty sure that I was over-training last summer, trying to follow my half-ironman training plan. I also started doing gentle yoga everyday (that only lasted a couple of weeks) and cut way down on caffeine. I still make 6+ cups every morning, but I only use 2 scoops of regular and the rest decaf.

But dealing with this poison ivy is making me feel pretty crazy again.

It’s not helping that I’m not getting much sleep because the itchiness is keeping me awake. And thinking that everything I touch could possibly have urishiol on it is driving me mad.

Today I scrubbed down both pairs of my running shoes with technu, and then washed them in the washing machine. I also used the technu to scrub down my steering wheel and seat belt, and washed both of my backpacks and all of my reusable grocery bags, because any of them may have been on the floor of my car. The hairbrush that I keep in my car and my windshield visor are on the floor now, and since I don’t want to touch them, I just plan on leaving them there indefinitely.

Watching this You-Tube video initially made me feel a little better, but now I’m scrubbing my hands three times after I touch anything. Soon I may not have any skin left to scrub. The video said the Dawn dish soap works better than anything else, so I used some from a bottle that someone had left in my apartment long before I moved in. The date on it was 2009. After scrubbing my raw, open-sore arms with the stuff, I became paranoid that it was contaminated with god-knows-what and all of my sores were going to get infected, so I doused them with alcohol and went and bought a new bottle.

None of this has kept me from running in the woods, though. I’m heading to the mountains tomorrow. I’ll just be scrubbing like crazy afterward.

And searching for ticks. 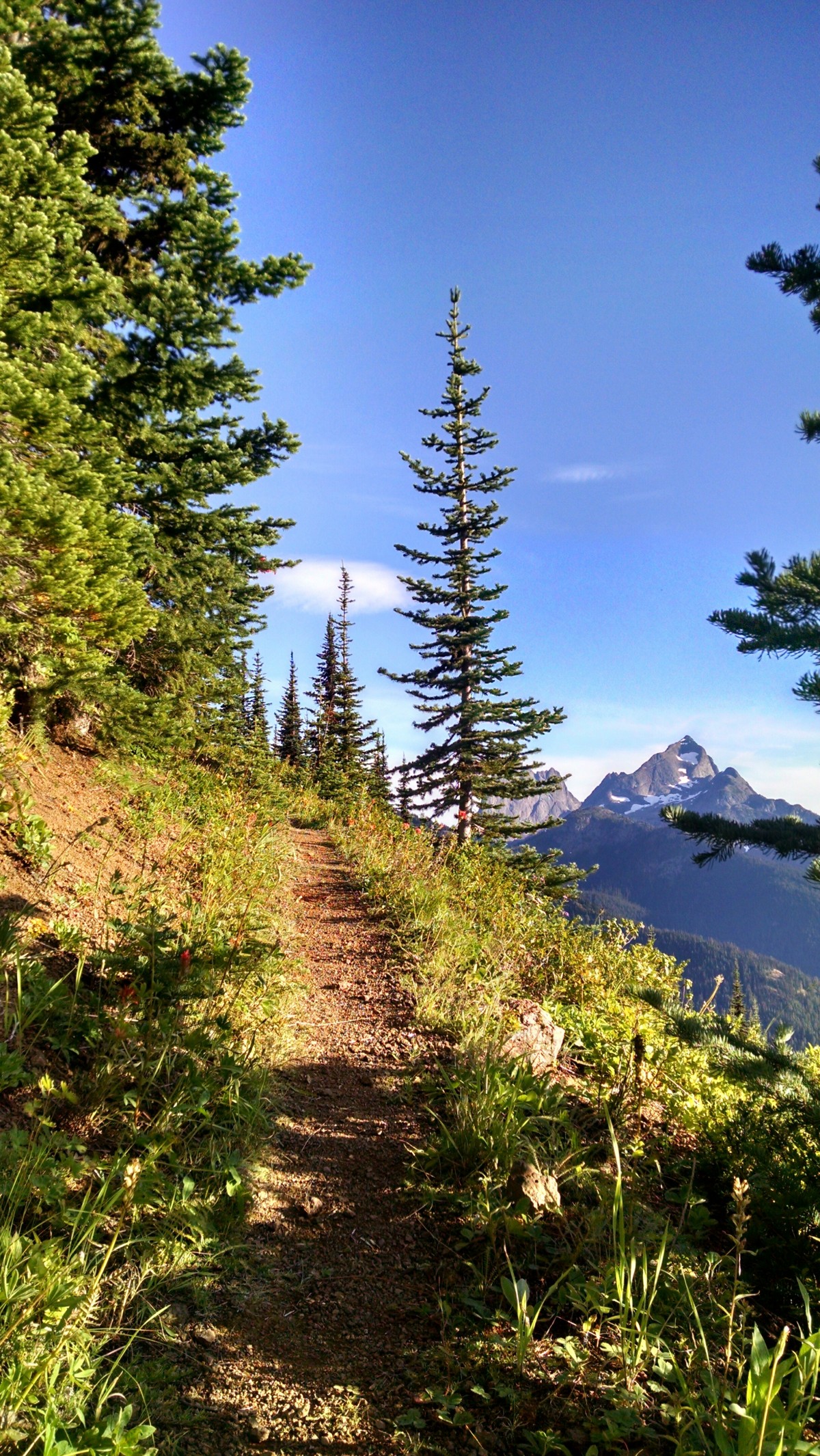 I love my cats (and all animals, which is why I don’t eat them).

My ideal city would be car-free.

Running is awesome! Walking is pretty cool, too.

Doing things is so much better than having things.

You can listen to a summary of my life ambitions here.

If I joined ACAC within two weeks after my 30 days for $30, they would have waived the initiation fee.

It wasn’t an easy decision. I wanted to join.

A big part of “keeping it simple” for me is living well within our means financially. We’re doing fine right now, but we don’t have any car payments. Both of our cars are getting old, though, so that could change. My work situation could change, too. Anything could happen in the next twelve months.

Just thinking about signing a year-long contract was making me anxious.

I don’t want to feel anxious.

I tried to find a way to rationalize it, or at least bring the cost down to a reasonable amount, but I just couldn’t do it.

First try: The $89.50 per month fee is about the same cost as one session with a therapist. That didn’t really work, though, because I stopped going to therapy as soon as I figured out how expensive it is. One of my main stressors is spending money. How is spending so much money just to talk to a therapist supposed to help me become less anxious about spending money?

Second try: I found out that Kurt’s work offers a “gym reimbursement.” As long as I attend twenty-one times every three months (I had been 15 times in the 30 days), they will reimburse us up to $75 per quarter. That would bring the cost down to $64 per month, which is not too far off from the $51 I’m used to paying.

But then I realized that I could use that same reimbursement on the $51, which would bring the monthly fee down to $26. Not only that, but at my other gym, I could pay for only two months per quarter if I wanted (or one, or none…)

Third try: I could give up my little splurges, like coffee and breakfast at Bodo’s or Whole Foods after my morning work-outs, and the expensive nut butters I’ve gotten in the habit of buying whenever they’re on sale (I’m talking about you, Nuttzo!)

But I don’t want to give these things up. And the difference is, I could give them up if I needed to. I haven’t signed a contract locking me into paying a monthly fee for them.

One of the reasons I love running so much is that it is so simple. I don’t need a gym. The reality, though, is that I have a lot of injuries (real and imagined.) If I want to stay in shape, I sometimes need other options.

So, I’m back to using the Smith Aquatic and Fitness Center and Carver Rec Center.

Right now, I’m headed out for a run and afterward, I’m going to grab some coffee and a muffin!

Morning walk on the Rivanna Trail to @theworkshop_cville for coffee.
Loading Comments...